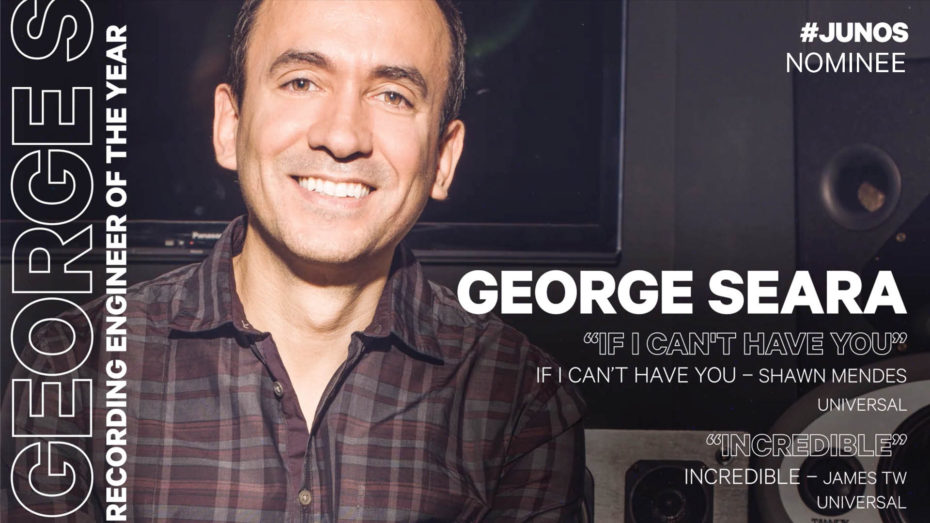 George has received a nomination in the ‘Recording Engineer of The Year’ category at Canada’s 2020 Juno Awards for his work recording and mixing individual projects with Shawn Mendes and James TW. “It’s a particularly special moment for me as, along with being nominated in a craft category that celebrates the recording and mixing role specifically, and is voted amongst my professional peers and colleagues, I’m also included with such an amazing group of Nominees that are also my friends”.

Congratulations to all of Canada’s 2020 Juno Awards Nominees and to these incredibly fine Artists, with whom George is so honoured and proud to have worked closely with.

ALBUM OF THE YEAR
The Pains Of Growing Alessia Cara Universal

The 49th annual JUNO Awards will be broadcast live from the SaskTel Centre, Saskatoon, SK on Sunday, March 15 at 8 PM ET